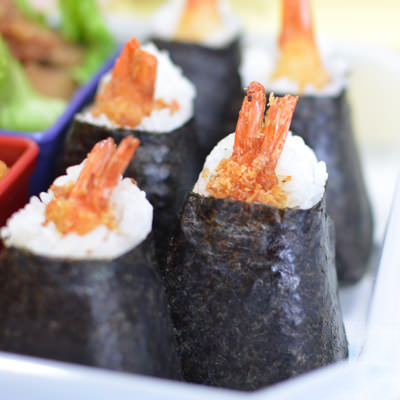 Ten-musu is one type of onigiri (refer to #056). The word "ten" in "Ten-musu" is the abbreviation for tempura (refer to #053) and "musu" is for "omusubi (another name of onigiri)", respectively. As its name indicates, on top of each Ten-musu style onigiri is a shrimp tempura.

It is said that Ten-musi originated in Mie Prefecture and later became one of the most famous local foods found in Chukyo Area (the third largest metropolitan area in Japan). Some unique foods in this region are often called "Nagoya Cuisine" (Nagoya is this area's largest city). 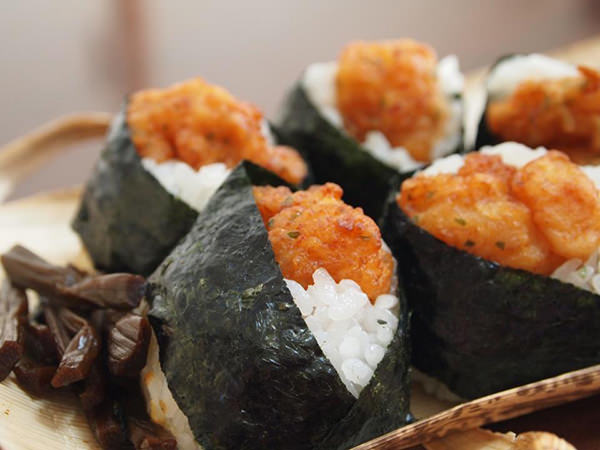