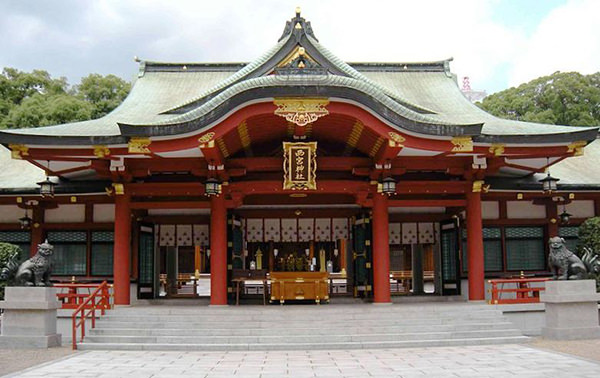 Seven Lucky Gods are very popular fictional characters, whom Japanese people have been loving from ancient times. It is said that they were derived from several legends in other Asian countries. Ebisu is one of Seven Lucky Gods and generally regarded as a god of business.

Nishinomiya Shrine, located near Kobe (refer to #038), is the head of all 3,500 shrines worshipping Ebisu in Japan and the annual festival "Ebisu on the 10th" is held there on January 10th every year. In the morning of the day, the honorific title "the luckiest guy of the year" will be bestowed on the first person who can reach the main building of the shrine. 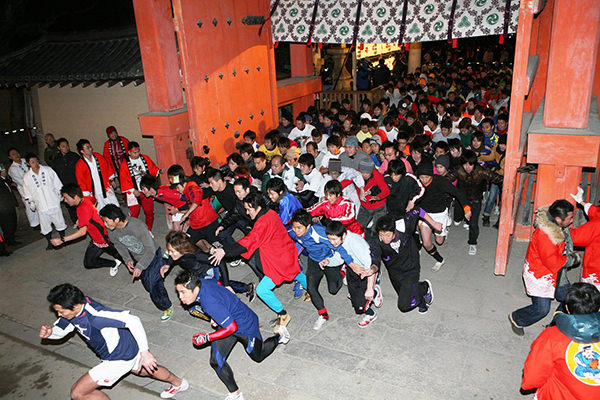