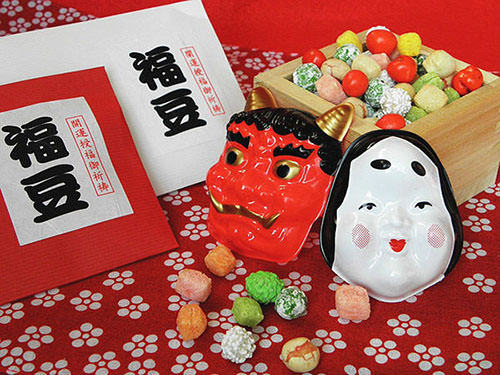 The Japanese word "setsu" in "Setsu-bun" is "season" or "period" in English and "bun" is "dividing", respectively. As its name indicates, "Setsu-bun" is used for "dividing seasons" and specifically means the end of winter. It is usually at the beginning of February.

At the day, people in Japan throw soybeans (named Lucky Soybeans) and eat it as many as one's age. Ancient Japanese believed that they could keep any misfortune away and invite good fortune inside by doing so. 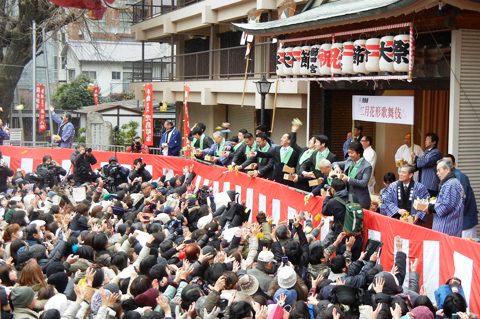