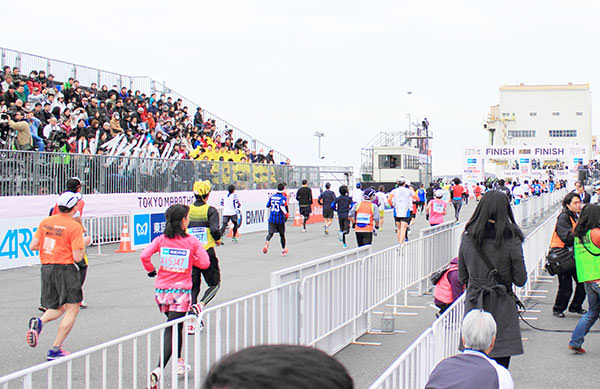 Tokyo Marathon is one of Six World Marathon Majors, along with the marathons held in Boston, London, Berlin, Chicago, and New York. It has been annually held in central Tokyo (refer to #036) in late February since 2007.

In Japan, the number of city runners is increasing and marathon events gather more and more people. Especially, Tokyo Marathon is so popular that about 30,000 participants are to be decided by drawing lots.