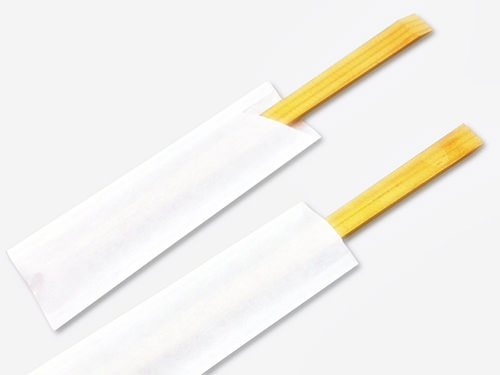 A wari-bashi is a wooden stick which has a gap and can be divided as a pair of chopsticks. In Japan, they are usually offered in many places like diners and convenience stores (refer to #166) and can be used as disposable chopsticks.

The word "wari" in "wari-bashi" is the noun form of the verb "waru (meaning split)" and "bashi" is another pronunciation of "hashi (chopsticks)" (refer to #015). So, "Wari-bashi" literally means "chopsticks to be splitted". 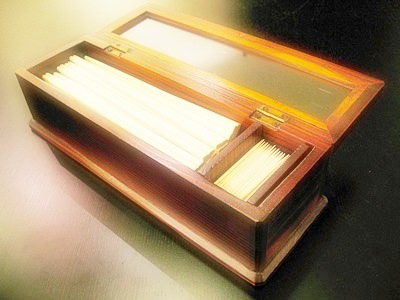