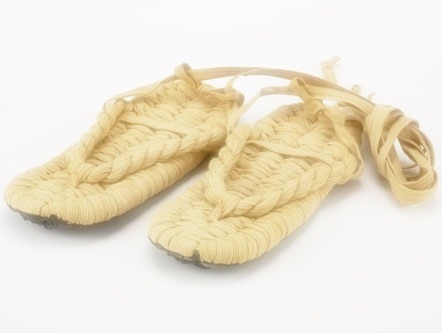 Waraji are Japanese traditional footwear. They are made from wara (straw) and their shapes are somewhat similar to geta (refer to #237) and zori (refer to #238). Unlike them, waraji's thongs hold not only toes but also feet themselves.

In modern times, even Japanese people hardly wear waraji except for special occasion like a maturi (refer to #025). But as a metaphor, those who have two occupations are often said to be wearing a two pairs of waraji. 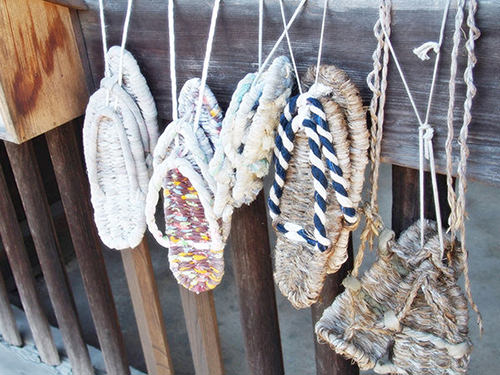