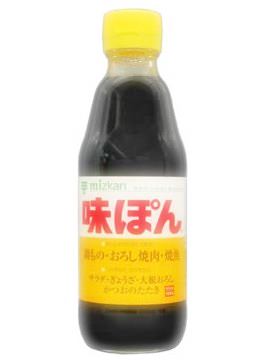 Ponzu is a sauce made from citrus juice. Its appearance is somewhat similar to Thin Shoyu (refer to #253). The Japanese word "ponzu" derives from an ancient Dutch word "pons" (meaning citrus juice in general).

Usually, "zu" in "ponzu" is written with the kanji character for su (meaning vinegar). But it is not directly related to vinegar. Pon-zu has been widely used in many of the Japanese cuisine. 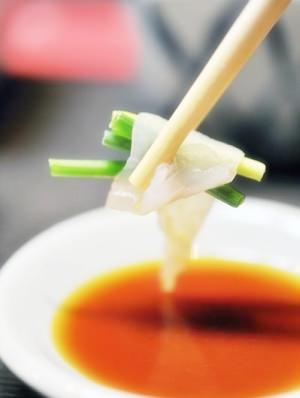