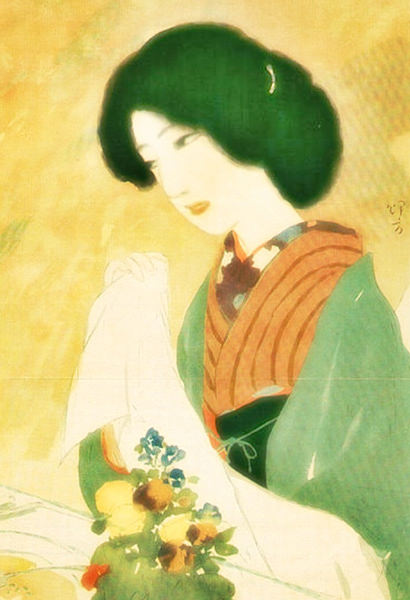 Terukata Ikeda was a Japanese painter in the 19th and 20th centuries. He was a disciple of Toshikata Mizuno (refer to #755) and joined an art group named "Ugo-kai," which Kiyokata Kaburaki (refer to #756) presided over.

Terukata met a female painter named Shoen through his activities, and they got married in later years. The husband and wife both became successful as painters. 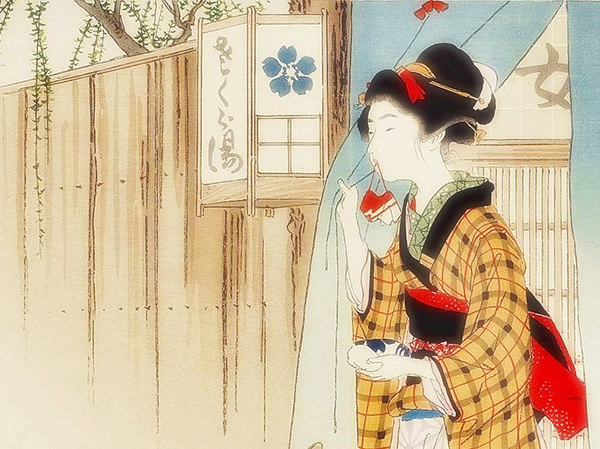