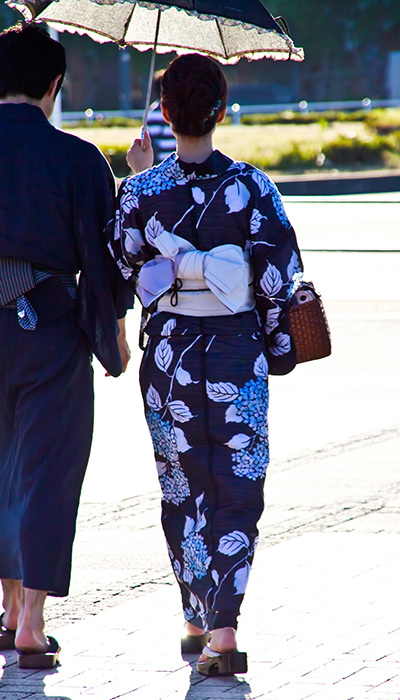 Yukata is a casual, very simple kimono (refer to #007) . It was originally made for people to absorb their sweat. The word "yukata" literally means "clothes to wear after bathing" and as its name indicates, ancient Japanese used to wear yukata after they bathed. 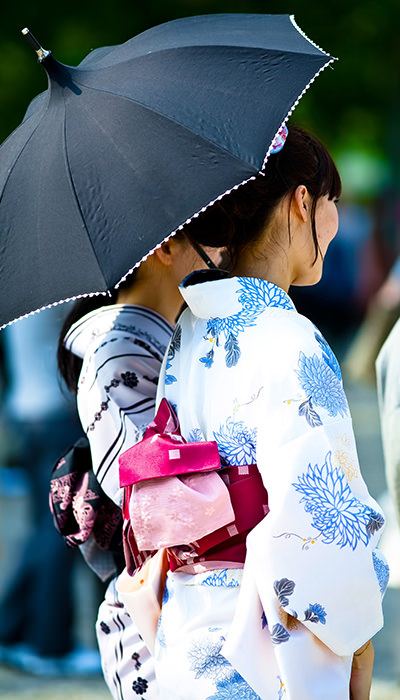