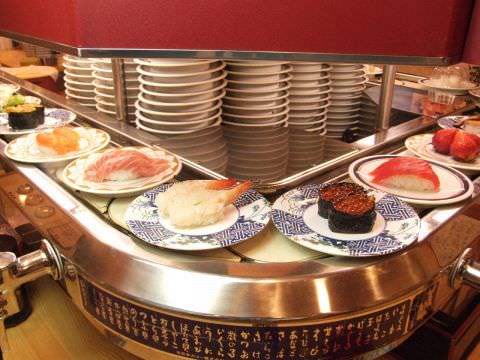 In Japanese, the word "kaiten" is "revolving". So, "kaiten-sushi" means "revolving sushi". It is also called "conveyor belt sushi" or other nicknames. Correctly, Japanese people pronounce this word "kaiten-zushi". "Zushi" is a different pronunciation of "sushi" and they have same meanings.

Kaiten-sushi was invented in Japan in 1958. It first became nationwide popular at Expo '70 held in Osaka (refer to #037). After that, it eventually developed to one of the most popular food cultures in this country. Now kaiten-sushi style spreads to the whole world and is loved in many countries. 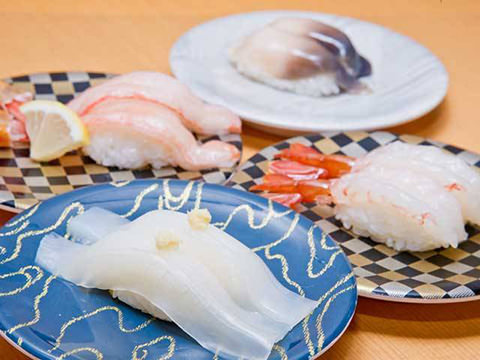