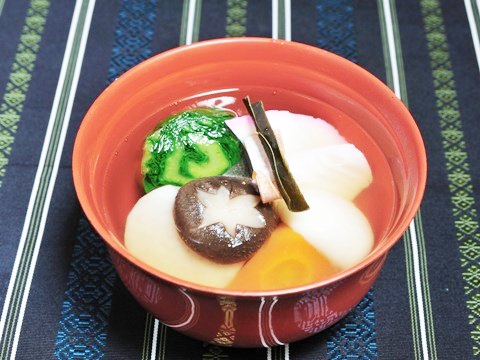 Zo-ni is one of Japanese traditional cuisine. The Japanese word "zo" in "zo-ni" is "roughly" in English and "ni" is "simmer", respectively. As its name indicates, it is a cooking style in which several ingredients including mochi (refer to #086) are roughly put into soup and simmered.

People in Japan usually don't cook zo-ni in daily life but love to eat it especially in Sho-gatsu (refer to #085). Even though each soup has the same name (zo-ni), specific selection of ingredients and type of soup greatly differ from area to area. 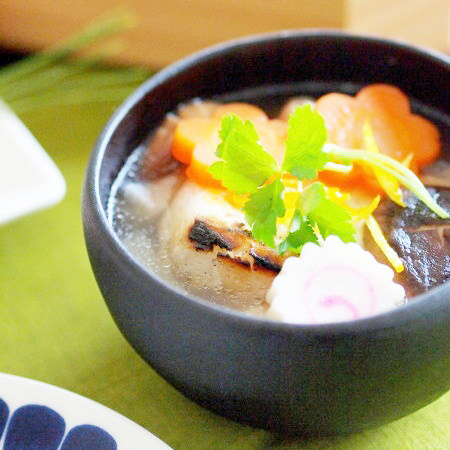