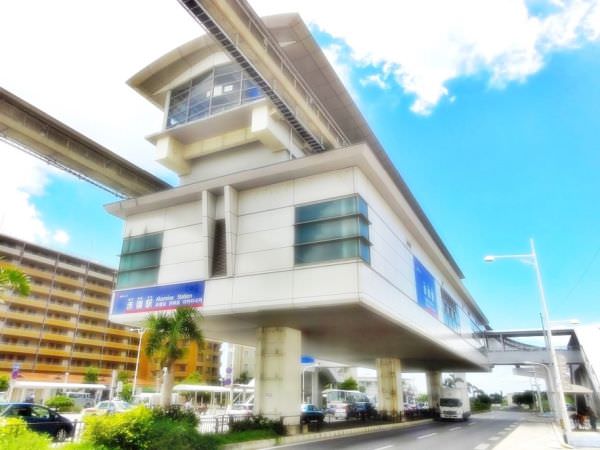 Akamine Station is a station on the Okinawa City Monorail, also known as Yui Rail. It has a monument and a sign, indicating that it is the southernmost railway station in Japan. 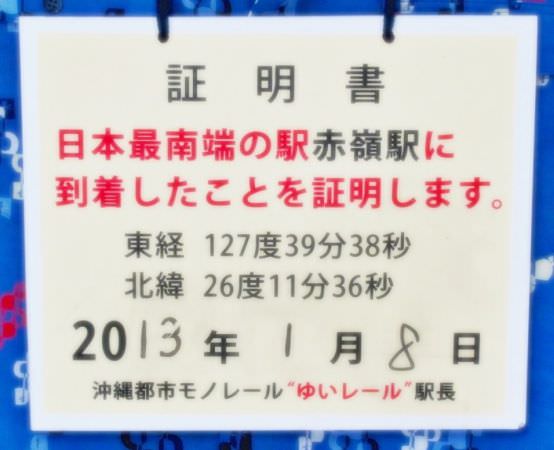