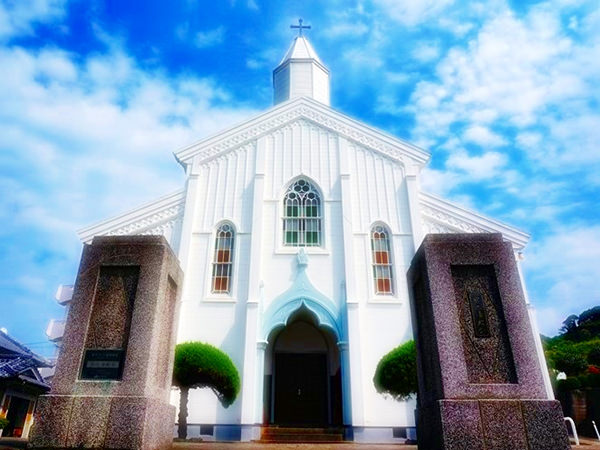 Mizunoura Church is a catholic church in Fukue Island, belonging to Goto Islands (refer to #514). Hidden Christians moved from Kyushu Island (refer to #063) to this island at the end of Edo era (the later half of the 19th century).

The Christians constructed the first version of the church in 1880 but it became too old over the decades. Then, the current church was built in 1938 at the same place. 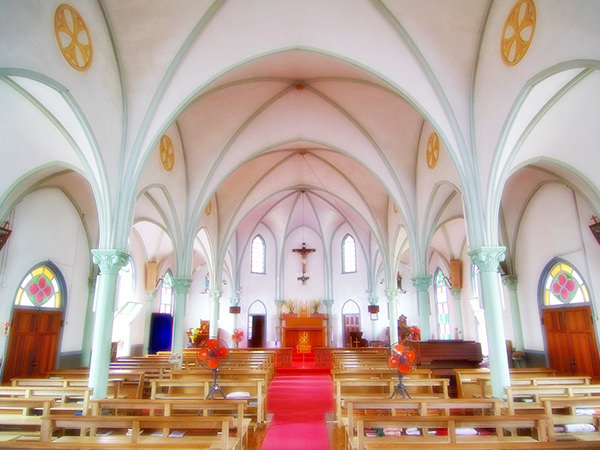