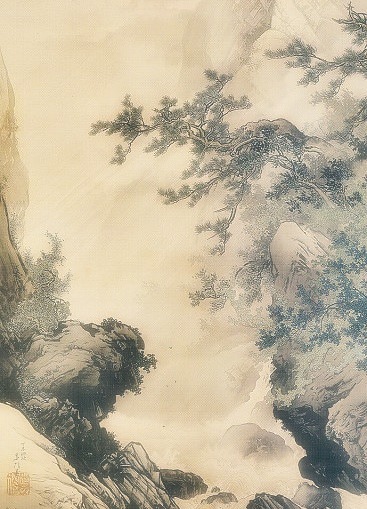 Tamon Yamauchi was a Japanese painter in the 19th and 20th centuries. He learned to draw from a painter belonging to Kano school and later became a disciple of Gaho Hashimoto (refer to #727).

Tamon was greatly influenced by Sesshu, a legendary painter. He established a painter's group named Jyosui-kai, with Terukata Ikeda (refer to #757) and Rinkyo Ishii (refer to #759).