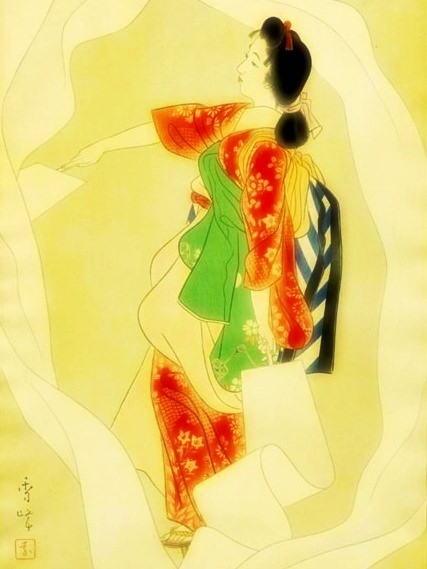 Shuho Yamakawa was a Japanese painter in the 19th and 20th centuries. He learned to draw pictures under Kiyokata Kaburaki (refer to #756) and they were both good at creating bijin-ga (paintings of beautiful women).

Kiyokata had many disciples who were active in the art industry. Shuho was sometimes regarded as the prime protege, along with Shinsui Ito (refer to #762) and Shimei Terashima.