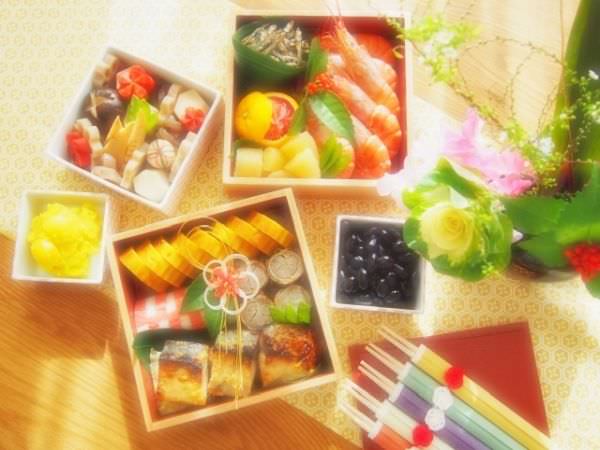 Osechi are Japanese traditional dishes, which many people eat in the New Year, or Sho-gatsu (refer to #085). Originally, Osechi were Japanese seasonal dishes in general. But in modern times, it mainly indicates the dishes to eat at the beginning of the year.

The first letter "o" in "Osechi" is a Japanese polite expression and "sechi" is a different pronunciation of "setsu" (meaning "season"). It is often called Osechi ryori, or Sho-gatsu ryori ("ryori" means "cuisine"). 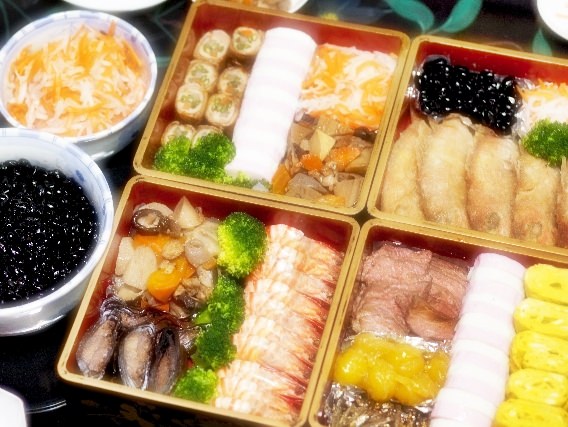