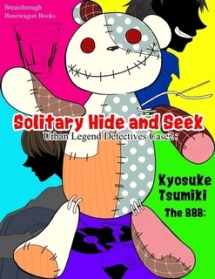 Eerie stuffed dolls swathed in red threads have been found one after another at several suicide sites. What is the relationship between the cases and a strange ritual named 'solitary hide and seek'? What are appearing in front of university students shooting a documentary film about 'solitary hide and seek' at an abolished school in the dead of the night?

Detective Kobayashi and Detective Sarutobi start investigating the case as 'Urban Legend Detectives'. Then, they again encounter the mysterious man known as 'that guy' or 'Friend of a Friend', whom even criminals dread and fear ...