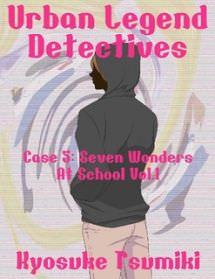 "What is happening this time? Murders again?!"
"Hey, do you know 'the Seven Wonders at School'?"

The members of an urban legend-related website, titled "Strange Tales in the 21st Century", come to know each other, and meet at an offline gathering. While they are talking about "the Seven Wonders at School", an eerie letter is sent to them.

Is this signaling the new beginning of the "Urban Legend Serial Murder Case", the targets of which now include the members of the gathering?!

The secrets of the past cases intertwine, and the surprising truths are revealed, one after another.

Here is the first half of the longest episode of the "Urban Legend Detectives" series!