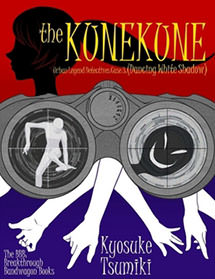 Detective Sasuke, a lady ninja in multiple disguises, was getting to the core of the truth behind seemingly unrelated incidents. The one called the 'Friend of a Friend', the ringleader of many heinous crimes, appeared again to confront the Urban Legend Detectives.

The entire picture of the 'Urban Legend Detectives' series is beginning to be revealed in this third installment!