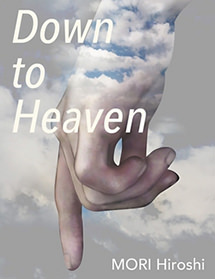 "The Sky Crawlers" series, the masterpiece from Dr. MORI, Hiroshi, has been recognized worldwide, thanks to the animation movie and video game versions. This is the complete edition of "Down to Heaven", the third novel of the series, coming with Prologue, Episode 1-4, and Epilogue.

I am ending up being promoted, pushed, and hyped up as the star pilot, after having shot down many enemies.
The top brass of the company dislikes my being sent to the combat airspace.
The next sortie may become my last.

The duel with the eternal mark of my admiration.
The aerial combat above the city.
There will be no regret, even if one of us falls.

If I have to die, I shall do so today.
Definitely, it has got to be today.
I mean, the opponent is the Teacher.

The story that started from "None But Air" leads to "The Sky Crawlers", the finale of the series.

At the end of the book, "The Interview About Down to Heaven with Dr. MORI, Hiroshi" is also included.