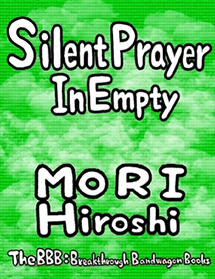 On the night five years ago when Yuta, a two-year-old boy, had a fever and his mother Midori brought him to the hospital, her husband went missing. On the same night, the chief priest of a Buddhist temple nearby was murdered. The fingerprints of Midori's husband were found at the scene, and more than 100,000 yen of cash was stolen.

Since the day, Midori had led a tough life of having to endure the guilt for the crime that her husband might have committed. Then, the current chief priest, also the son of the victim, gave her the surprising information.

"Actually, I had a call from your husband. It was four years ago, I think ..."

The cunning plot reveals the truth, in the emptiness of human mind.

This book was first published by Kodansha in Japan in 1997 and translated in 2015 for The BBB: Breakthrough Bandwagon Books.