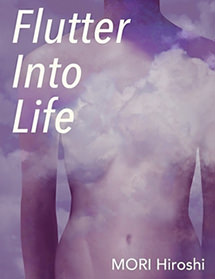 "The Sky Crawlers" series, the masterpiece from Dr. MORI, Hiroshi, has been recognized worldwide. This is the complete edition of "Flutter Into Life", the fourth novel of the series, and includes Prologue, Episode 1-4, and Epilogue.

As a pilot, I spend my days engaging in aerial combats. One day, I encounter an enigmatic woman named Sagara, who appears to be a relative of one of my deceased colleagues. Suito Kusanagi, my superior officer, seems to have known Sagara for a long time. As Sagara starts to rely on me for help, I am implicated in ominous circumstances regarding the secrets of Kildren.

The story keeps flying and takes sudden turns like a fluttering aircraft. Toward the conclusion of the series, it has just made the final turn.

At the end of the book, "The Interview About Flutter Into Life with Dr. MORI, Hiroshi" is also included.